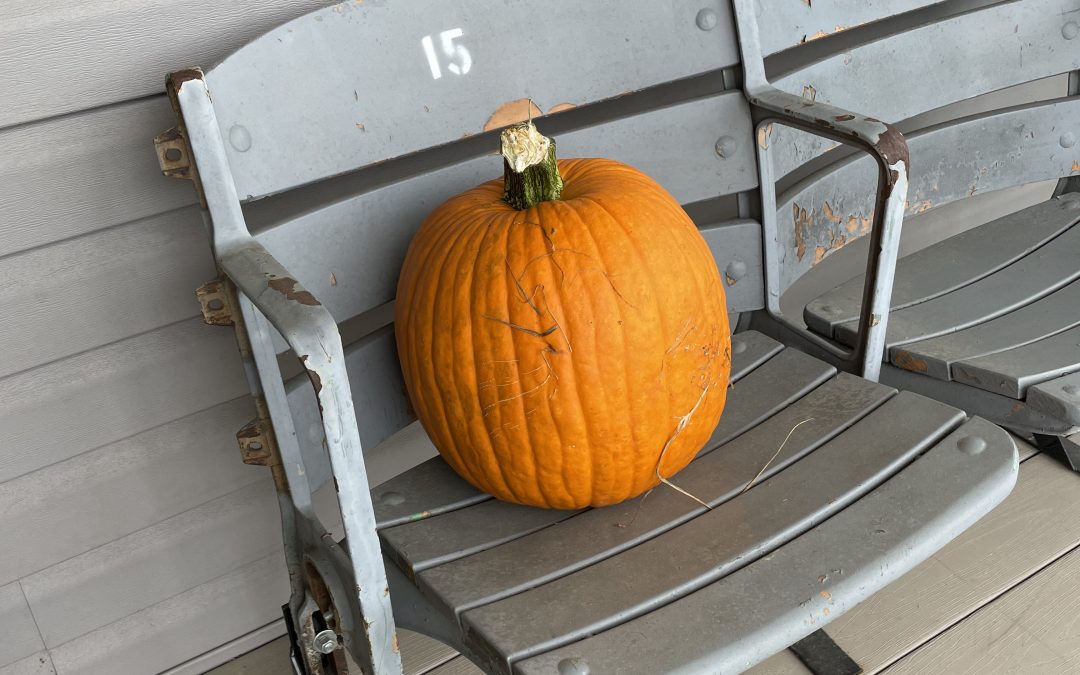 In the plant realm, things that reseed themselves or unexpectedly winter over are called “volunteers.” For flower growers like us, volunteers are a pleasant surprise. We often allow flowers that sprout on their own to grow even if it creates a disjointed look. Yarrow and Celosia are famous for spreading to beds and rows away from their places of origin. 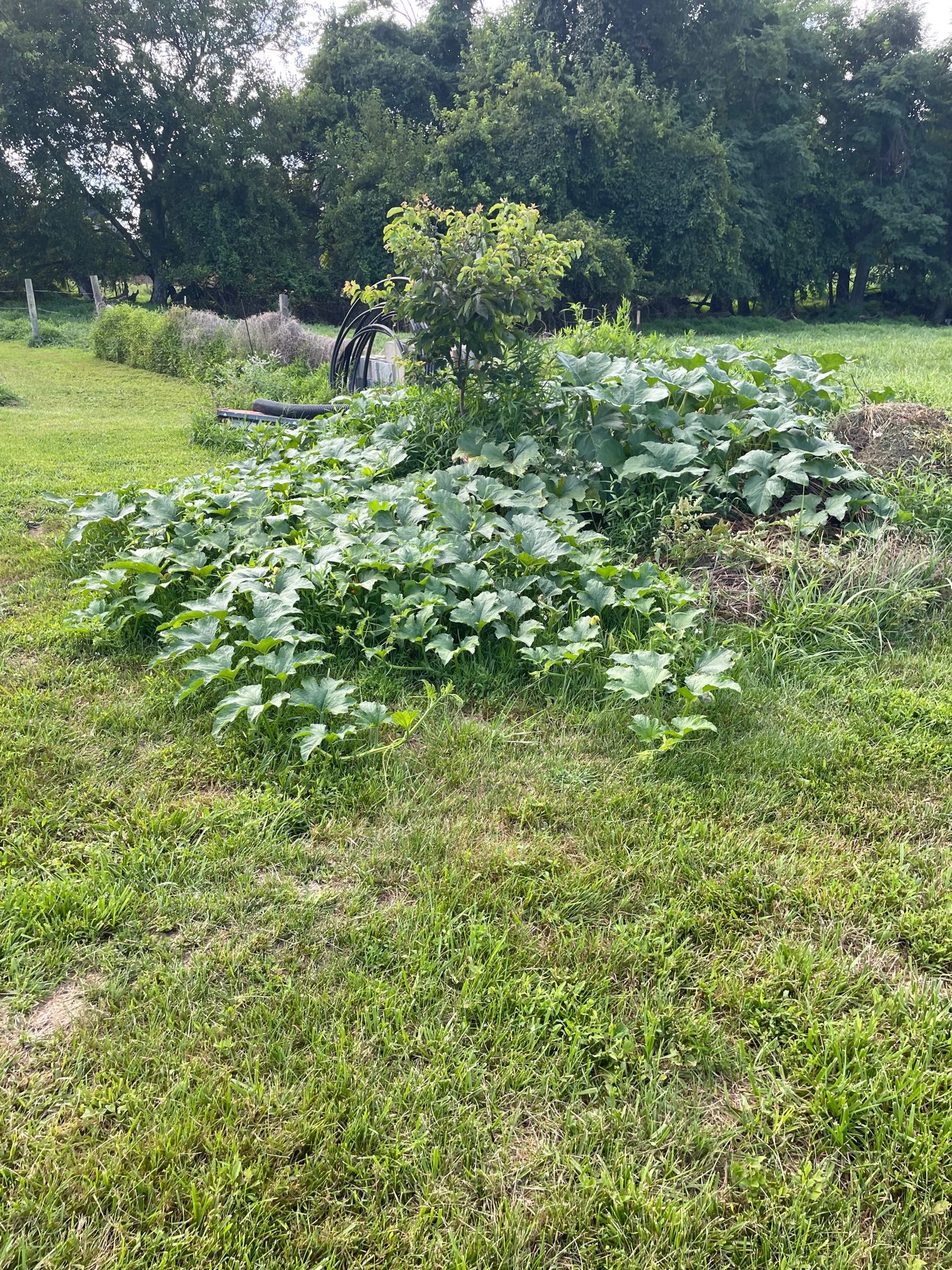 We have a large compost pile where we discard our unsold flowers and allow them to decompose. Every once in a while, we turn the pile with a pitchfork. Over time, the biomass decays and creates a nutrient-rich soil that we can use around the flower farm.

Last fall, after Halloween, Frank threw a pumpkin on the compost pile. We gave it no more thought until about July 10 when a large, fast-growing vine started spreading across the surface of the pile. Within a week it grew beyond the pile and out into the adjacent yard. A week after that it covered an area twice the area of the compost pile. We wondered what it was but didn’t really investigate. We just let it grow.

Soon, the vine started to flower with what looked to us like squash flowers. Then the pumpkins started to grow. Small green balls became watermelon shaped orbs and then green basketballs. Over the next 48 hours, the green fruit slowly turned orange. We were amazed by how fast everything progressed.

So, now, we have half-dozen pumpkins in various stages of development. We already picked two. We put one on our front porch and gave one to Frank’s brother. Deer ruined a couple of them, but fortunately some were hidden under the broad leaves of the pumpkin plant.

We are constantly amazed by nature. The drive to procreate and survive is awesome. Life is good. (So is pumpkin pie) 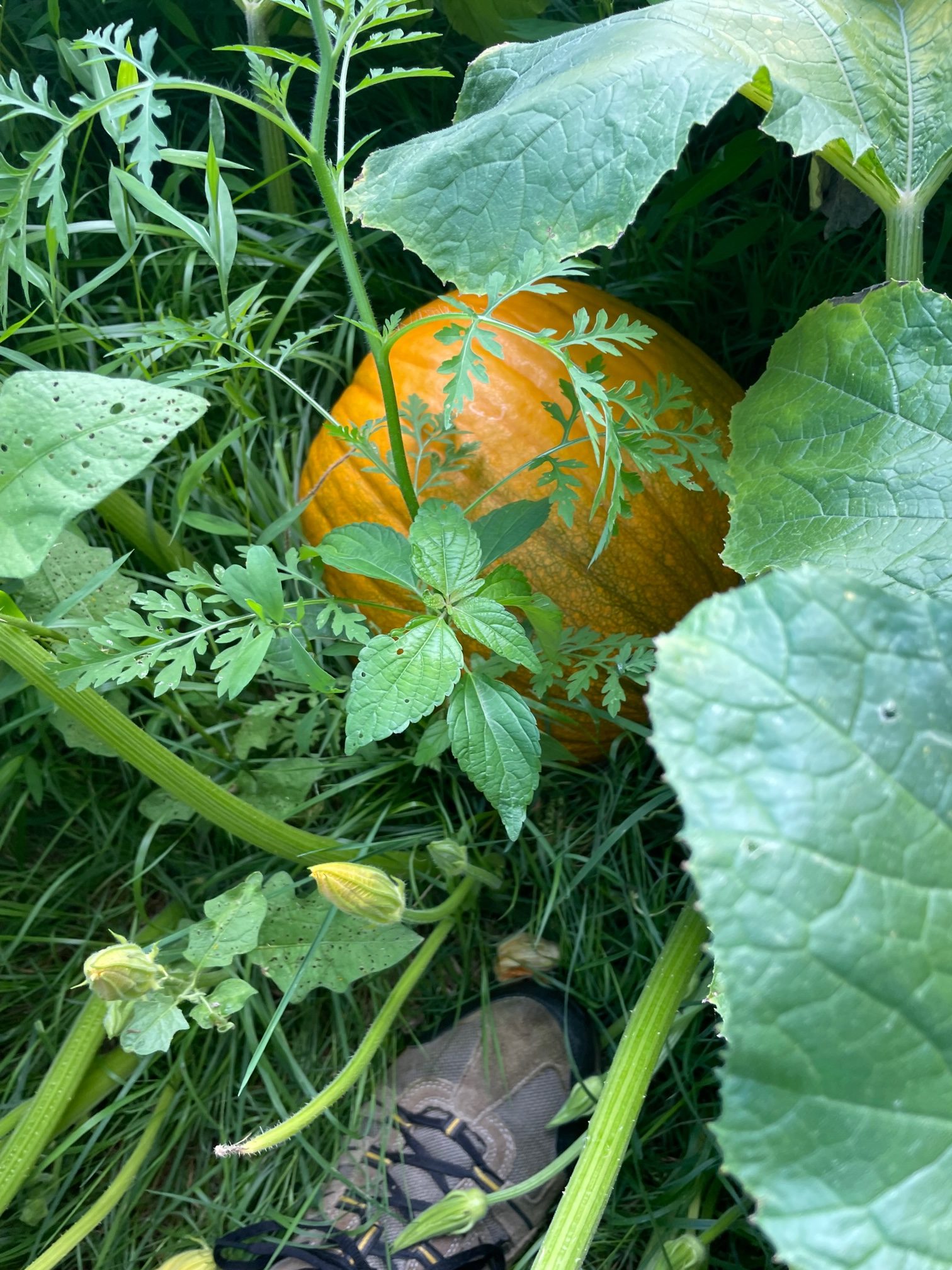