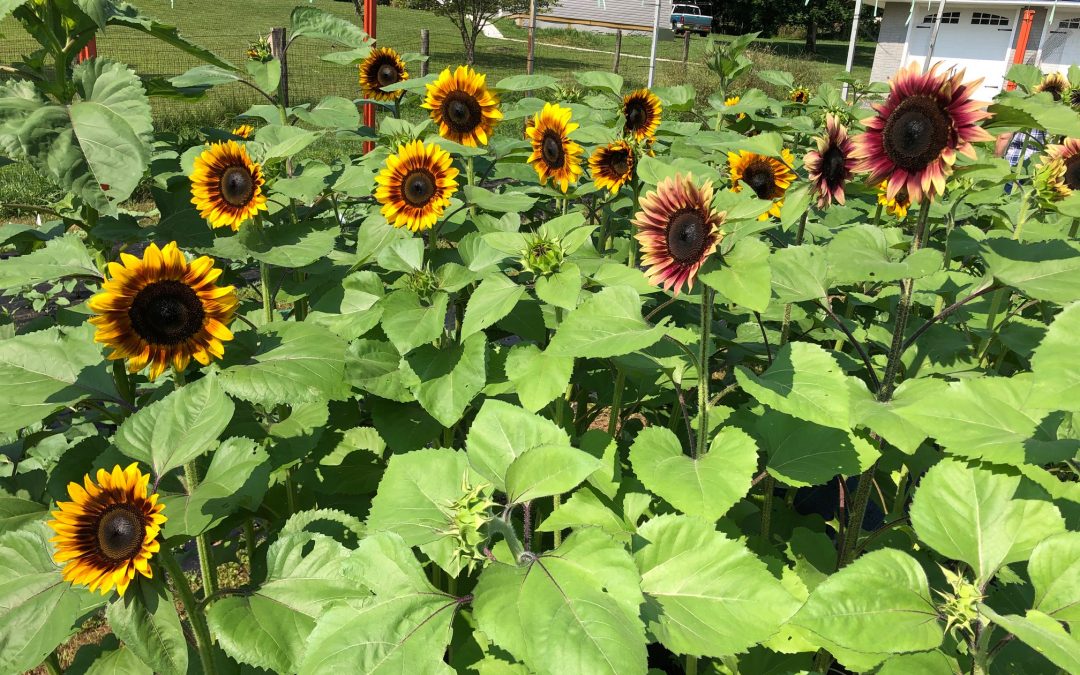 We have struggled in the past with succession planting our sunflowers. We think we finally have it figured out and we’d like to let you know how we do it.

Because successful flower farming requires a steady supply of flowers over the course of six or more months, it’s imperative that we start plants either in seed trays or by direct sowing in a staggered fashion over time so that we have a constant supply of blooms. When you start plants in batches over time it’s known as succession planting. 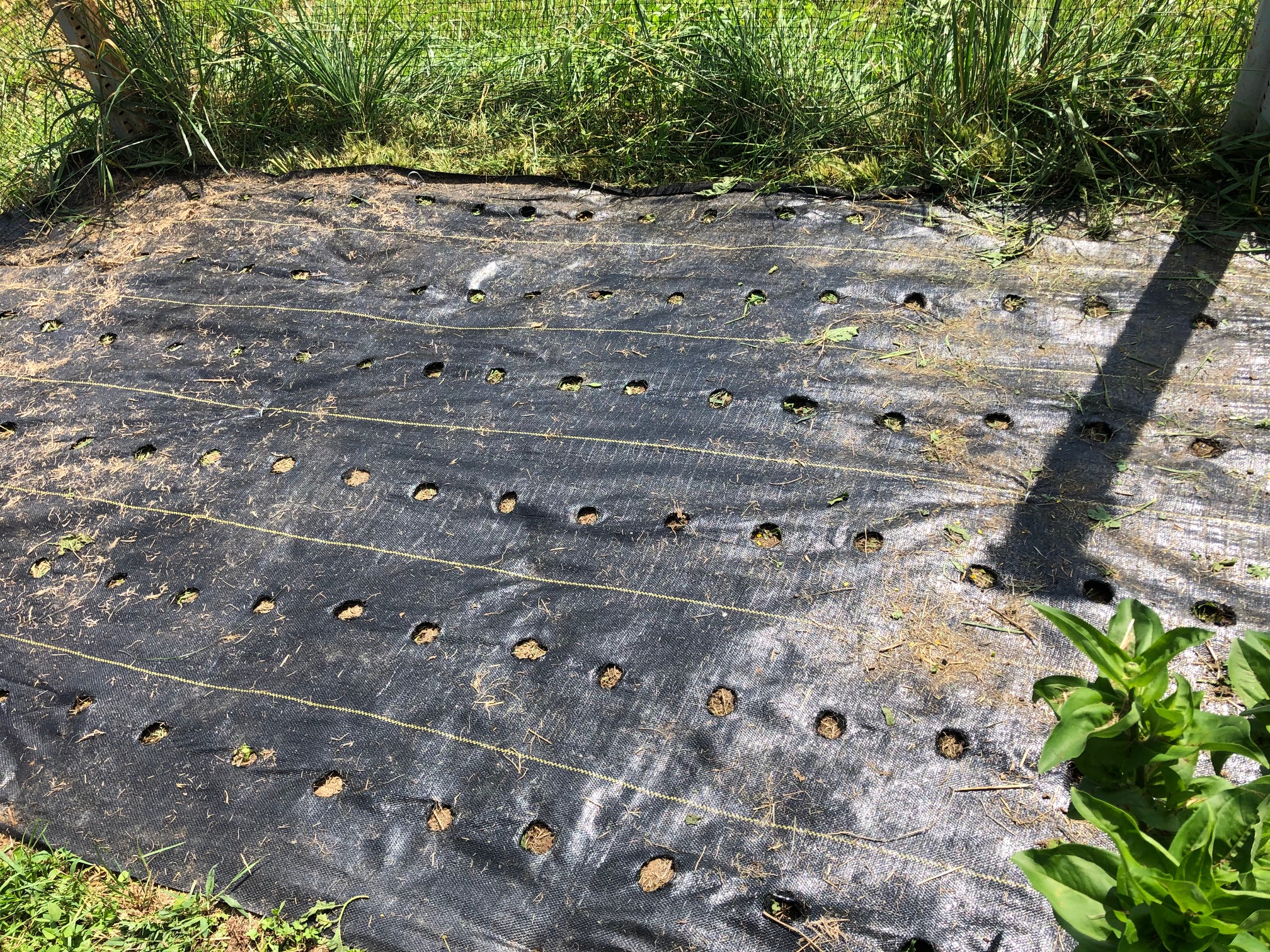 Not surprisingly, sunflowers love full sun. They simply don’t do as well in the shade. Even partial shade will dramatically stunt their growth. Because sunflowers grow so quickly and get so tall, early batches can shade later ones if you don’t plan their positions well. With that in mind, we have a system worked out that seems to allow the shorter newer plants to get full sun even though they are near their larger brothers and sisters.

We arrange the beds so that they are stretched north to south with their long sides facing east and west. Because the sun rises in the east and goes across the southern sky we have found that if we plant the first batch of sunflowers on the western edge of the north-south beds, those early plants won’t shade the later batches.

This method should provide enough light to all of them, and we should get blooms over a 45 day period, which is pretty good for sunflowers.