Iceland Poppies Aren’t from Iceland (but Sessy is) 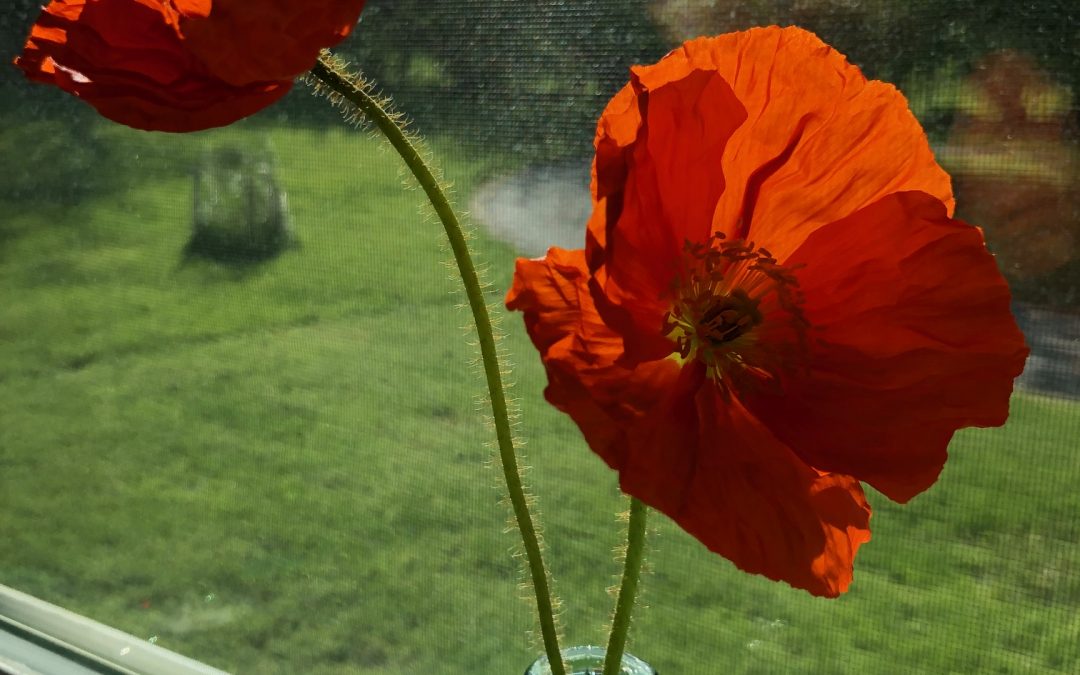 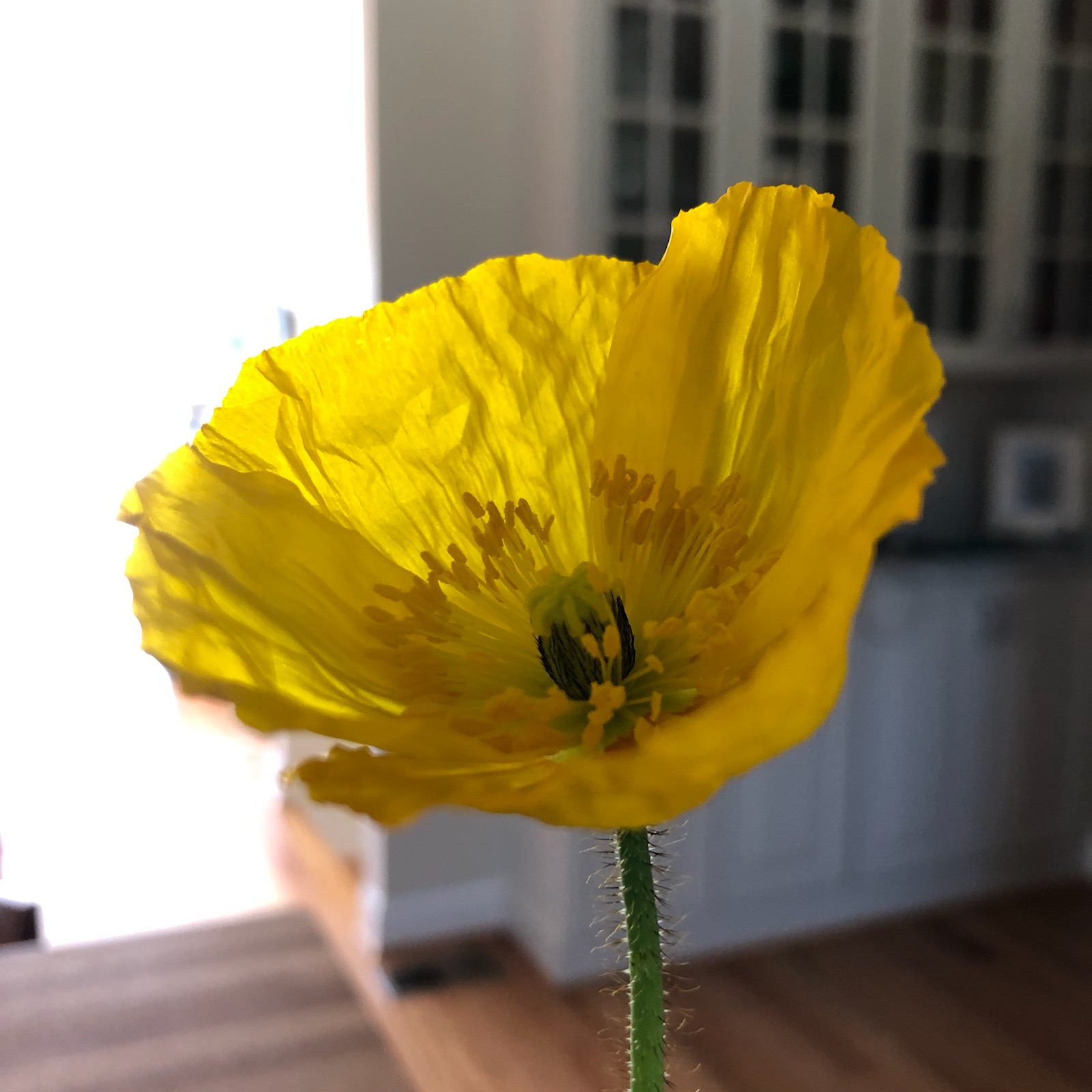 We don’t grow Iceland Poppies because Sessy is half Icelandic, although she is. We grow them because they are beautiful, popular with our customers and bloom in early spring (now) when few other flowers are doing much of anything. Unlike Sessy, Iceland poppies did not originate in Iceland, but we still like them — having Iceland in their name just adds to their appeal.

Sessy was born in Iceland when her father was in the U.S. Air Force and stationed at Keflavik. Her mother was Icelandic. By the way, her mom was the first woman in Iceland to get a degree in horticulture – pretty cool! The family moved to America when Sessy was 2. We have close relationships with her relatives in the old country, and we visit them every few years.

Technically, Iceland poppies are perennials, but in our climate, Zone 6b/7a, our summers are too hot for them, and they tend to die out. Fortunately, our winters aren’t too cold for them to survive. Their ability to make it through a winter earns them a place on the Cool Flowers list, meaning they can be planted in the fall, will germinate, grow a little, then go dormant during the winter, and re-emerge in the early spring. Our first poppy bloom was on April 4 this year.

Native to Asia and North America 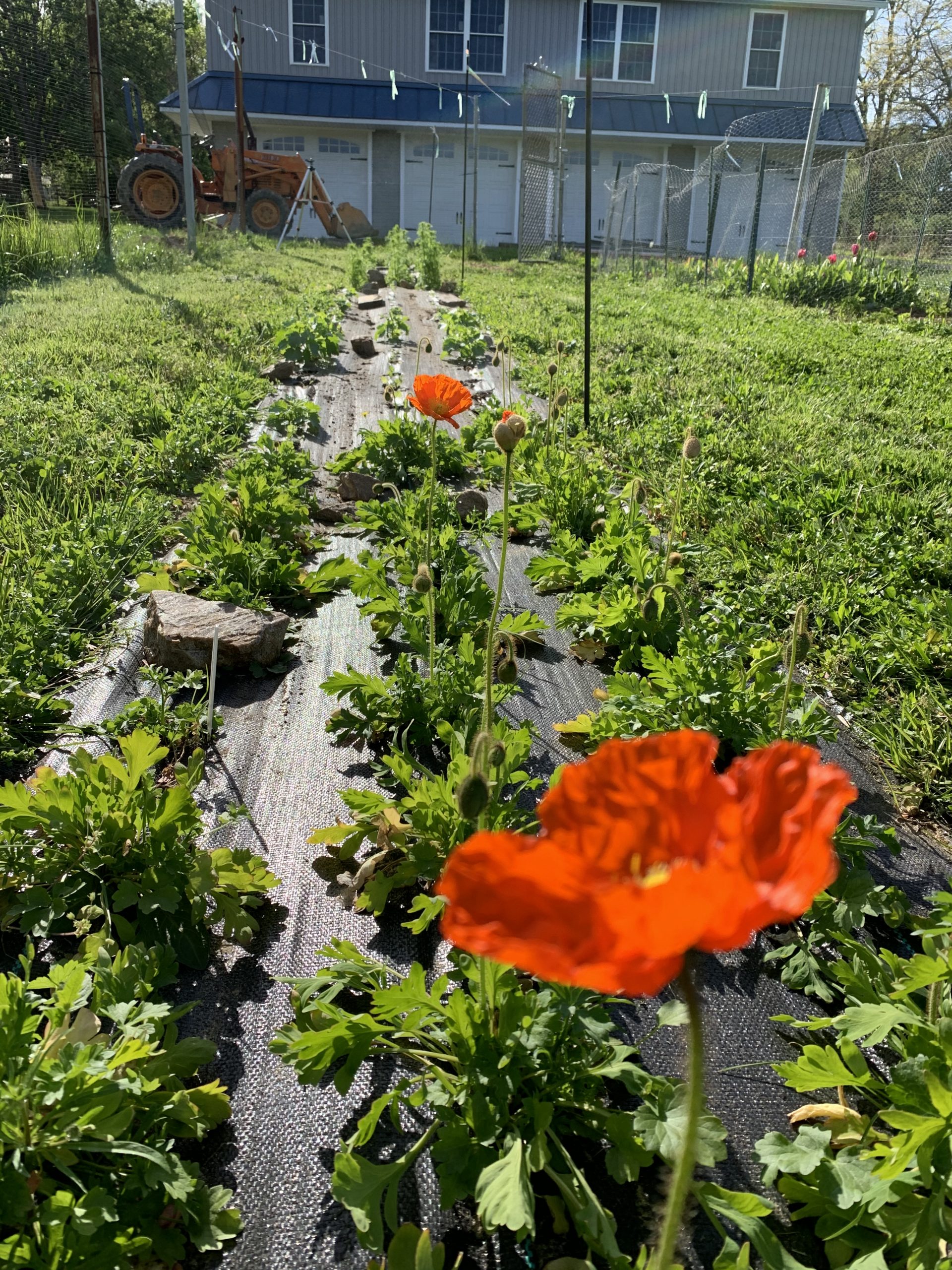 So how did a flower that originated in Asia and North America get named Iceland Poppy? It depends on who you ask. Some attribute the name to a belief that the plant is a cross from a related species that originated in Iceland (this is still debated by experts). The more likely reason is that “Iceland” describes well a flower that thrives in cool weather. It is also referred to as Arctic poppy, by the way.

In any case, Iceland Poppies sport large, papery flowers on hairy stems that protrude up from foliage that tends to hug the ground. In our garden, a new bloom stem emerges on day 1, grows and straightens on day 2 (looking a bit like a lima bean on a stalk), and fully blooms on day 3. Once cut, they last for about a week in a vase. They come in yellow, orange, salmon, rose, red, pink, cream and white as well as bi-colored varieties.

It’s not uncommon for people to see Iceland Poppies for the first time and ask, “Are those real?” or “Those are artificial flowers, right?” We understand people’s disbelief. They look like fake flowers made of tissue paper. They are translucent and fragile in appearance, but actually they are pretty tough little flowers. Once folks realize they’re real flowers, they want some! It’s one of the easiest flowers to sell at a farmers market.