Get married before the first frost

October is wedding season. So many folks tie the knot in October! We get a lot of wedding flower work in October – 3 weddings this month! It’s a great time to get married. The weather here in Maryland is often as good as it gets with low humidity, warm days, cool evenings and blue skies. Heck, we were married on a beautiful October 6! 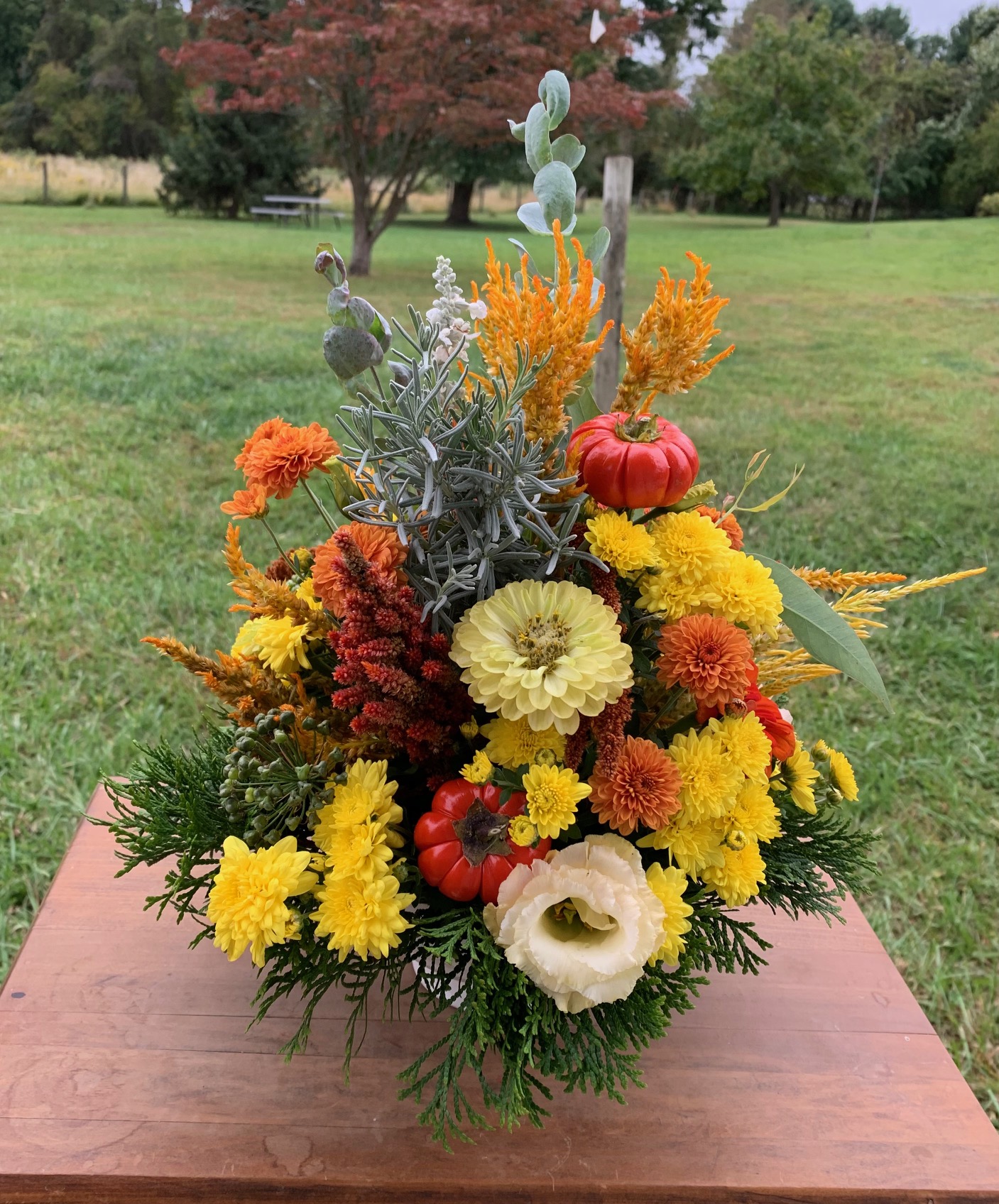 A word to the wise: If you plan to get married in October and you want to use locally grown flowers in your wedding, try to pick a date in the beginning of the month when it is much less likely that we will have experienced our first frost before the big day. As soon as we get that first hard freeze, the supply of local flowers, including wedding favorites such as Lisianthus and dahlias, goes down, and the prices go up. It’s not uncommon for wedding quotes to increase by 25% after the frost date. In our area, prices seem to go up after October 12. In many (most) years, the first frost doesn’t come until a few weeks after that date, but farmers have to protect themselves by bumping up their quotes when there is a chance that their flowers may freeze and they’ll have to buy them from other local growers who didn’t get the same frost or have tunnels to protect crops. Once the frost hits, it’s a sellers’ market – not the best time to be a buyer.

Ironically, 12 October is National Farmer’s Day, when we celebrate the many contributions of our nation’s farmers. It’s a time to salute the men, women, and families who put food (and flowers!) on our tables every day.

Of course, there are some flowers that can take a freeze or two as long as the temps don’t drop down too low. Sunflowers usually survive the first mild frost, as does eucalyptus and even some zinnias. Snapdragons and foxglove like cool weather and soldier on well past first frost. If you’re keen on getting married after the frost date, it might be wise to pick cold-hearty varieties that your local flower farmer will likely have despite freezing temperatures.